The Rounds Family is Adventure Bound 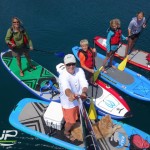 The Rounds Family, which includes John, Christy, and their three children, Gracie (13), Callie (11) and Christopher, are embarking on the latest of a series of grand family adventures.

From the onset, travel and adventure have been a part of John & Christy’s lives together. Prior to meeting, they had each traveled to dozens of countries. Christy’s first job out of college was project coordinator for Friendship Ambassadors, which included several trips to Eastern Europe and the former Soviet Union during the Cold War. During the same time period, John’s focus was on Latin American endeavors, including working to open Latin American markets for Stride Tool in Ellicottville. 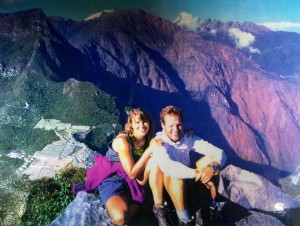 After they got married, they hiked the Inca Trail in Peru for their honeymoon and later summited Aconcogua, the highest mountain in the western hemisphere.

John & Christy’s adventures didn’t stop when Gracie, their first daughter, was born. At the age of seven months, Gracie took her first international trip when Mom & Dad took her with them for a sales meeting in Great Britain.

Over the next three years, Callie and Christopher joined the Rounds family. The family spent so much time on planes, trains and automobiles that John & Christy secured the domain name, BabyTravel.com, launched the Baby Travel iPhone app and started a book called “Baby Travel Made Easy”.

As a family, they made multiple trips to resort destinations in Mexico and spent extended periods of time getting “off the beaten path” in Mexico; including 6 weeks in San Miguel de Allende and 4 weeks in Merida in middle of the Yucatan Peninsula. When the kids were in elementary school, the Rounds family took a six week tour of Europe that focused primarily on Spain and Italy. 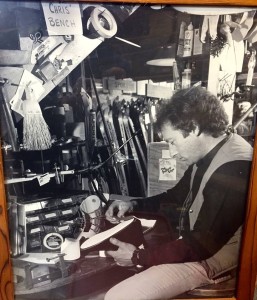 They also had tickets and plans to visit India. But a last-minute visa snafu yielded a detour that included Dubai and Thailand.

The Rounds family adventures include not only recreational travel, but several changes in venue as well. They started out in Michigan, but moved to California when Callie was just one month old. A year later, they moved to Denver, where Christopher was born. A year after moving to Denver, the family returned to Michigan where they lived on a farm for five years.

Three years ago, they moved to Eagle, CO and have lived there ever since.

And now, the Rounds family is Adventure Bound again! John & Christy are re-opening the Adventure Bound Store in Ellicottville, NY that John’s parents owned nearly 50 years ago. Adventure Bound was a main street icon for nearly 25 years before it closed in the mid 1980’s.

Adventure Bound will celebrate it’s grand re-opening over Fall Festival weekend in Ellicottville October 9-11. We will be offering some fabulous sales and drawings for give-aways, both in the store and online through our social media and website communities. Be sure to stay tuned for more news on special events.