In Ellicottville, anything can happen! That’s the theme of this year’s Friday Stroll the Streets, which kicks off its twelve-week series on Friday, June 30th. In addition to being the first night of the summer stroll, June 30th is also the start of Music Festival Weekend in Ellicottville. The downtown merchants in Ellicottville will be setting the tone with top-billing Buffalo performing artist, Steve Balesteri.

Steve Balesteri is a singer/songwriter based out of Buffalo, NY, where he performs regularly as anything from a solo act to an 8 piece band.  Steve has perfected his “one-man band” show and can regularly be seen performing at clubs, restaurants and events around the WNY area, including every Tuesday at TGI Fridays at the Boulevard Mall and every Sunday at Pasión on Elmwood for their brunch.  He has also recently performed at the Red Lion in NYC and in several clubs in Orlando.  Steve’s band the Uptown Sound has performed at countless weddings and events including Salvatore’s New Year’s Eve Gala the past 2 years and can be seen this summer at Templeton Landing and Turning Stone Casino.
Over the years Steve has become known as a modern-day crooner, bringing that classic cool and smoothness to both timeless favorites as well as current hits ranging from Pop to Rock to R&B to Jazz and even Country.   His original material combines his own brand of Pop/Soul with his warm, rich vocals and relatable lyrics to create songs that resonate with audiences of all ages.  Currently Steve is completing work on his debut full-length album “Day and Night”, slated for a late Summer release.  Visit www.stevebalesteri.com his full schedule and recordings. 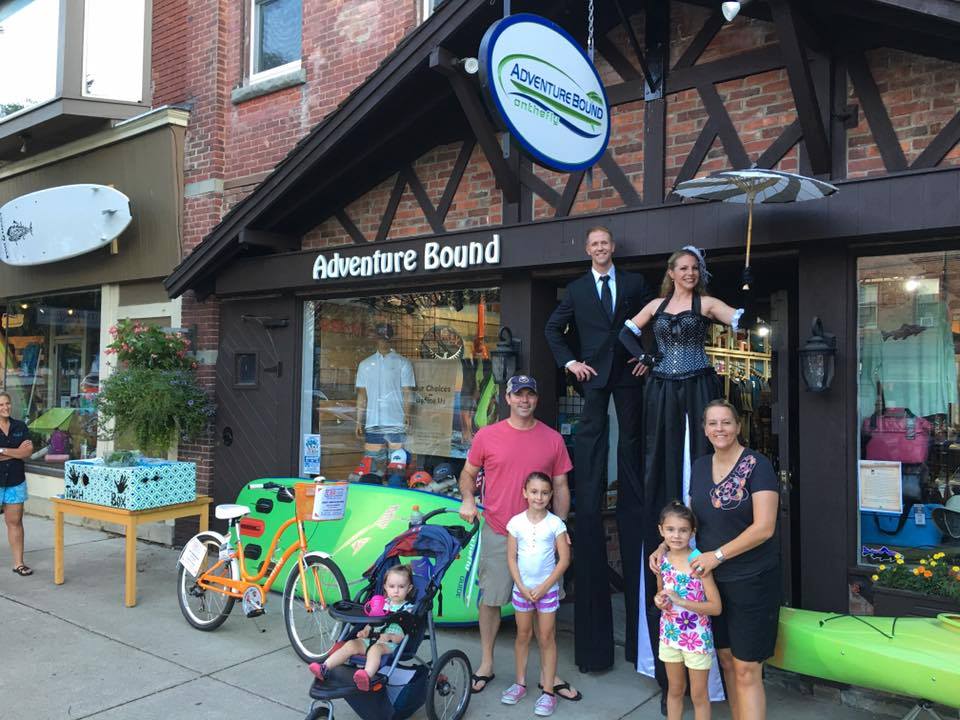 The June 30th Stroll the Streets event will also feature Geoff Bach and his wife, Carrie, who have had over twenty years of experience as a professional jugglers and stilt-walkers. Last year, the duo captivated their Ellicottville audiences by parading through town dressed as a nine-foot tall bride and groom on stilts. We are all excited to see what they have in store for this year’s Stroll the Streets series! 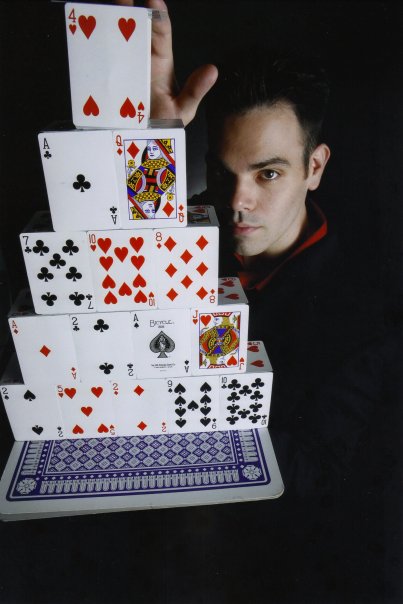 Magician Cliff Hopkins will also be joining the inaugural Stroll the Streets festivities. For more than a decade, the witty, personable and fun to watch grand illusionist and comedy magic professional has been astounding audiences in some of the largest theaters, colleges, comedy clubs and corporate environments around the world. As a master of his craft, his performance is one of the most spectacular and talked about magic and illusion shows in the industry to date.
In keeping with the theme of “Anything Can Happen in Ellicottville”, Jonathan Clarkson from American Hawkeye will share information about the amazing world of falconry with his live birds of prey. Clarkson shares his passion for the ancient sport as he discusses the skill and patience required to train birds to become a hunting partners and trusted companions.
There will be weekly fun for the whole family with fire trucks, face painting, balloon twisting, henna tattoos and much more! Be sure to pick up your Stroll the Streets passport every week, which allows you to earn a free appetizer at Villaggio by getting your passport stamped at sponsoring retail locations. Speaking of sponsors… we want to thank the key sponsors of this year’s Stroll the Streets:
Ellicottville Chamber of Commerce – Event Sponsor
Peters & Moriarty, Philip Vogt Contracting – Presenting Sponsors
Weed Ross Insurance, John C. Nelson Law Firm – Movie Sponsors
Villaggio, Groove Fitness, ERA Real Estate- -Activity sponsors
We hope you will join us for an exciting summer season in Ellicottville!
June 22, 2017Leave a comment
Latest News
Go to Top